To many Americans, a-ha were a one-hit wonder who reached the top of the Billboard Hot 100 in 1985 with the synth-pop megahit "Take On Me," then quickly faded away. But like fellow European acts Simply Red and Jamiroquai, a-ha's popularity around the world continued to grow, dwarfing whatever chart success it enjoyed in the U.S.

Paul Waaktaar-Savoy (guitar), Magne "Mags" Furuholmen (keyboards), and Morten Harket (vocals) began collaborating in 1982 in Oslo, Norway, eventually moving to London to pursue a recording contract, where they signed with Warner Bros. Records. The original version of "Take On Me" was released as a single in the UK in 1984 but failed to chart. It was then rerecorded but failed to chart again, at which point the American arm of Warner Bros. invested in an innovative music video that combined live action and pencil-sketch animation. It became a huge hit on MTV and the song finally charted in the UK, peaking at number two.

The accompanying album, Hunting High and Low (1985), produced one more Top 40 hit in the U.S., "The Sun Always Shines on T.V.," though the song went all the way to number one across the pond. The band's next LP, Scoundrel Days (1986), featured a harder-charging sound on cuts like "Cry Wolf" and "Manhattan Skyline."

In 1987 a-ha recorded the theme song for The Living Daylights, the first James Bond film to star Timothy Dalton; it was another top-five UK hit for the group. Their third album, Stay on These Roads (1988), went platinum in Brazil, and in January 1991, while touring behind East of the Sun, West of the Moon (1990), a-ha played to a crowd of 198,000 at Maracana Stadium in Rio de Janeiro. It was the largest paying concert audience of all time. 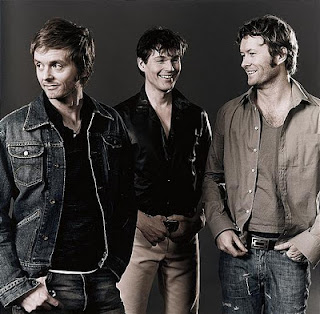 After 1993's Memorial Beach, which included "Angel in the Snow," a song Waaktaar-Savoy wrote for his wife as a wedding gift, a-ha went on hiatus, with each member concentrating on solo projects. Then in 1998 they reconvened for the Nobel Peace Prize Concert, performing a new song Waaktaar-Savoy wrote for the occasion called "Summer Moved On." Two years later the track appeared on the platinum-selling Minor Earth Major Sky (2000) and went to number one in 17 countries, a triumphant comeback for the Norwegian trio.

Lifelines (2002) and the live disc How Can I Sleep With Your Voice in My Head (2003) followed in quick succession, and on the 20th anniversary of Hunting High and Low, a-ha released Analogue (2005), featuring guest vocals from Graham Nash. The single "Analogue (All I Want)" became the band's first to crack the UK top ten since "Stay on These Roads."

They continued their upward climb with 2009's Foot of the Mountain, which debuted at number five in the UK. With the '80s revival in full swing and Coldplay naming them as an influence, a-ha returned to their synth-pop roots on Foot of the Mountain while incorporating 21st-century influences like Arcade Fire.

That fall the band announced a farewell world tour for 2010, including dates in the U.S. The title of their final album notwithstanding, the "Ending on a High Note Tour" finds a-ha at the top of the global pop-music mountain.
Posted at 10:36 AM