The Neil Patrick Harris-ization of James Van Der Beek is a work in progress.

(Van Der Beek also guest-starred on How I Met Your Mother three times as a parallel-dimension version of Harris. Okay, so the second half of that last sentence isn't true, but I wish the writers would've considered it.) 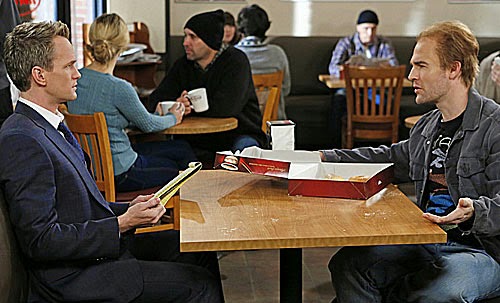 FWBL was recently canceled after eight episodes. Next stop: Broadway?
Posted at 8:09 PM No comments:

"Sex Tape? I don't see any tape in that movie trailer. My boy, when your grandmother and I were making sex tapes, there wasn't any 'cloud.' We used real videotape, and I'm talking two-hour SP mode—that's 60 acts of intercourse on every single tape, dagnabit!"