A recent temping assignment ended two weeks early, so I decided to do some fall cleaning at home and discovered pages I clipped a decade ago from Rolling Stone's 2005 "Hot List" issue. Bradley Cooper was spotlighted because Wedding Crashers, in which he played the villain, was the biggest comedy of that summer, and his new sitcom, Kitchen Confidential, was about to debut on Fox. 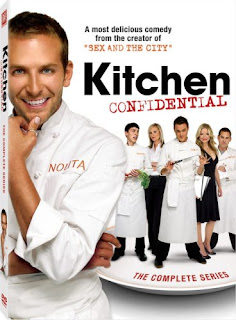 Here's how writer Noelle Hancock described his character on the series: "Bradley Cooper, 30, plays Jack Bourdain, a reformed bad-boy chef hired to helm a swank Manhattan restaurant." And here's the caption that was placed next to his photo: "Cooper is poised for stardom with Kitchen Confidential." Well, he was poised for stardom—eventually—but Fox canceled the show, based on Anthony Bourdain's book of the same name, after only four episodes (nine more were produced but never aired; they can be found on a DVD set that collects all 13 episodes). However, with three Oscar nominations under his belt in the past three years, including one for Best Actor for American Sniper, the highest-grossing movie of 2014, Kitchen Confidential is probably a distant memory for Cooper.

The thing is, though, he's apparently playing Jack Bourdain all over again in the new movie Burnt, which opened Friday. "A bad boy chef resurrecting himself as a Michelin-star chef in London" is how Deadline.com's Anthony D'Alessandro synopsizes the protagonist, Adam Jones, in an article about the film's underwhelming opening-weekend performance at the box office. Maybe if Cooper can convince his Silver Linings Playbook and American Hustle director, David O. Russell, or American Sniper's Clint Eastwood to direct him as a bad-boy chef, the third time will be the charm.

In another parallel, I found a 2009 blog post of Noelle Hancock's in which she discusses her time spent with Cooper for the Rolling Stone piece (it covers roughly half a page in the magazine, yet she got flown out to L.A. for it—I doubt Jan Wenner would cover that kind of expense these days, as ad sales continue to shrink for print publications, but what do I know?). After a flirty lunch interview, Hancock let her imagination run wild. "I spent the next two weeks fantasizing about what our life together was going to be like," she wrote. "I couldn't believe I was about to be dating a celebrity. The paparazzi, I knew, would be annoying. They'd follow us down the street, photographing us shopping together and brunching. I figured I'd let them get a few shots in before taking charge. 'Okay guys, that's enough for today,' I'd say. 'Let's shut it down. Thanks!' Our wedding would be featured in InStyle magazine. They'd follow Bradley and me to the playground to photograph us pushing our herd of Aryan-looking babies on the swings. But we'd get through it – together."

Hancock then recounts the next time she saw Cooper, two weeks later at the Kitchen Confidential launch party in New York, where he didn't recognize her until she reminded him about the interview in L.A. So many lunchtime Q&As, so little time to remember everyone you've charmed ... 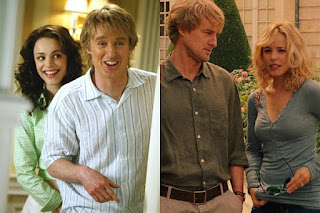 Last night Saturday Night Live reran its October 10 episode, in which host Amy Schumer devoted part of her monologue to talking about hanging with Mr. Cooper at a celebrity event for half an hour and then wondering, "Am I dating Bradley Cooper? Like, I don't know how Hollywood works, but I'm pretty sure that I'm dating Bradley Cooper. And I changed my Facebook status; well, I'm like, it's not complicated—I'm engaged to Bradley Cooper."

Ms. Hancock, you're obviously not alone.
Posted at 7:54 PM