Last night while walking down the steps to the Clark & Division Red Line platform, I saw a used condom waiting at the bottom. We've all seen used condoms laying around on the street and wondered, "Am I just a few feet away from the scene of the crime?" (And I do mean crime, you pervs.) But did someone really have sex in the Clark & Division subway station at approximately 11:30 last night? The tunnel-and-train imagery is appropriate, I'll grant you, but Risky Business this ain't. (But having sex next to the third rail is probably very risky business.) 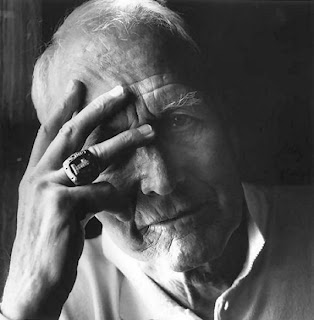 So what is the 81-year-old Paul Newman doing playing a crusty old automobile with blue eyes for headlights in the animated film "Cars," a cartoon set in the world of race cars.

"I wanted to be the first animated character on screen to demonstrate method acting," the trim, silver-haired actor said with a playful shrug as he readied for the premiere of the latest film from the lucrative Disney/Pixar partnership, makers of such hits "Finding Nemo" and "Toy Story."

The premiere was held last week at the Lowe's Motor Speedway, a center for NASCAR racing outside Charlotte, and attracted some 30,000 people—more than a few making the trip just to see Newman.

The movie, which features a rookie race car driven to succeed and a mysterious old timer, played by Newman, opens in general release on Friday.

Newman said, "Making an animated film was a lot more fun than I thought it would be. I didn't have to go on location for a long period of time. I didn't have to deal with temperamental actors or wait a long time for the lights to be set up.

"I just drove from my New England home to New York City and recorded my dialogue in four days.... Joanne (Woodward, his wife of 48 years,) thinks I'm coming back as a race car in my next life, so she says this is one role that I shouldn't overact!"

At a "Cars" news conference where he answered questions for an hour and in a private follow-up, Newman touched on a broad range of subjects, including the secret of why his show business marriage has lasted so long.

He made it sound simple: "I never ask my wife about my flaws. Instead I try to get her to ignore them and concentrate on my sense of humor. You don't want any woman to look under the carpet, guys, because there's lots of flaws underneath. Joanne believes my character in a film we did together, 'Mr. and Mrs. Bridge,' comes closest to who I really am.

"I personally don't think there's one character who comes close ... but I learned a long time ago not to disagree on things that I don't have a solid opinion about."

It's hard to believe Newman lacks an opinion on anything. Newman marched for civil rights and in anti-Vietnam war demonstrations and used his star power to prompt a reluctant media cover those events.

"Being on President Nixon's enemies list was the highest single honor I've ever received," Newman said with a smile and added, "Who knows who's listening to me now and what government list I'm on?"

Later in an isolated hallway, he gave some advice to aspiring actors: "Study your craft and know who you are and what's special about you. Find out what everyone does on a film set, ask questions and listen. Make sure you live life, which means don't do things where you court celebrity, and give something positive back to our society."

As for his credo on how to live life, Newman says, "It's useless to put on the brakes when you're upside down!"

While that wisdom was odd but funny, his response in private to a report that Ben Affleck and Matt Damon may do a "Butch Cassidy and the Sundance Kid" remake is clear—don't.

"I think we did a good enough job with the first one. Someone at the press conference asked about me about doing a sequel to 'Butch Cassidy.' Doesn't he know we died at the end of the picture? I was waiting for someone to ask if we'd do a prequel so I could tell them to go rent the DVD ("Butch and Sundance: The Early Years") ..."

Newman said he is working with Robert Redford on a project but refused to give details. "Let's just say we better make the movie soon before Redford gets too old," he said, grinning.

But if Newman doesn't make another movie again, one gets the impression he won't mind.

"I started my career giving a clinic in bad acting in the film 'The Silver Chalice' and now I'm playing a crusty old man who's an animated automobile. That's a creative arc for you isn't it?"
Posted at 10:22 AM No comments:

The streak ended today—I threw up for the first time in 21 years. And let me tell you, it's a terrifying experience after that long of a cold spell.

I think I got food poisoning from the turkey sandwich I bought at White Hen Pantry last night. (You try to save a little money, and look what happens.) I felt light-headed twice last night during the show I was performing in, but I didn't think much of it. Then after the show I had a few stomach cramps, but no big deal. Then, planning to sleep about 11 hours since Thursday is my day off from work during the week, I tossed and turned throughout the night and woke up after only six hours feeling achey and slightly nauseous. Then I went back to bed for almost four more hours and woke up feeling very very very nauseous, but luckily it went away. Then I took a shower, and as soon as I got out ... uh-oh.

Vomiting while naked and sweaty in a steamy bathroom really isn't the way to go.
Posted at 3:03 AM No comments:

How come I always fall asleep on the bus during the five-minute window in which all the pretty ladies pile on? Not fair.

I'm realizing now that I fucking snapped yesterday. Why, boy, why?

I'm done testing my theory that most guys will talk the talk without ever getting close to walking the walk. After three unofficial experiments since April '04, it's time to retire the stance of "Let me get my point across but without physically threatening you" and seeing how far that rubberband can stretch on the receiving end.

Note to self: the next time you have a headache in a movie theater and someone near you takes a call on his cell phone during the last five minutes of the movie and you feel the urge to ask him to take the call outside, LET IT GO.

Especially if he ignores you and then you decide to tell him to take it outside and stare him down until he turns off the phone. Because you end up looking like an asshole to the people who are trying to watch the last five minutes of the movie that you yourself were trying to watch until you foolishly decided, "Can't ... take it ... anymore!"

Not as much of an asshole as the guy who tries to pick a fight with you in front of his two kids because you've told him to take his phone call outside and who's shown up at the theater 45 minutes late even though the movie was starting in another theater when he showed up, SO WHY ARE YOU ONLY LETTING YOUR KIDS SEE THE LAST HALF OF THE MOVIE IN THIS PARTICULAR THEATER, YOU NEGLECTFUL FUCK?!?!?!

But still ... I admit I acted like an asshole.

And you already knew you should've let it go, Robert, but sometimes you can't help yourself, can you? Sure, blame it on the headache or the incident on the train last night where you didn't say anything to the guy who called a girl a "fuckin' bitch" after she got off the train because she wouldn't let him pick up her bike to see how heavy it was.

Sir, do you really think that's a normal request? And there you were in plain sight giving money to your jittery, skinny friend and telling him, "Do you understand the position you're putting me in?" making yourself out to be a drug dealer or something else similarly shady. You think she didn't see or hear any of that? And then you accuse her of being paranoid because she won't let you touch her bike? Was your reasoning along the lines of "I sell a lot of stolen merchandise on the street, lady, so I need to know how much a bike like that weighs next time I cut the lock off of one. Customers wanna know that kind of thing."

I'm not saying the women of the world needed me to defend them to this guy, who might've been high at the time. But his comment bothered me. A lot of things bother me about people and how they act in public places.

Oh, Robert, at least you control the urge to stand up for the dignity of your testicles when you're with a date or a friend. But they already know you're "that guy" who'd rather rent a movie than go to the theater and see one. A movie theater should be like church, only with overpriced junk food, but no one seems to get that these days.

And here I was watching X-Men: The Last Stand, in which the supervillain Magneto starts a crusade to wipe out humans who want to cure the mutant population of their so-called illness. For the time being, Magneto, I'm 100 percent on your side.
Posted at 5:53 PM No comments: 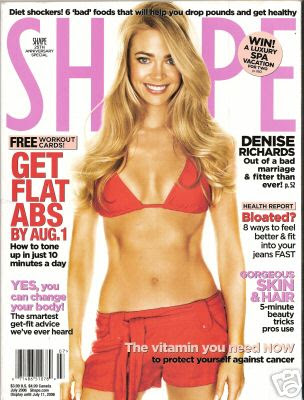 I doubt any serious money is being laid down in Vegas, but I'm willing to bet that Denise Richards becomes a born-again Christian in a few years. There's something in her eyes that seems to be saying, "I can't keep this up forever."
Posted at 10:21 AM No comments:

It looks like the good people at Mars Inc. have gotten rid of the "king size" label for the bag of M&M's that you buy when you've decided 37.1 grams of milk chocolate isn't going to be enough (I'm not judging—I buy the king-size bag far too often) and replaced it with "tear 'n' share." Is this an attempt on their part to appear more health-conscious to consumers? ("You don't need all those M&M's in your belly. Give some to your friends, fattie!") 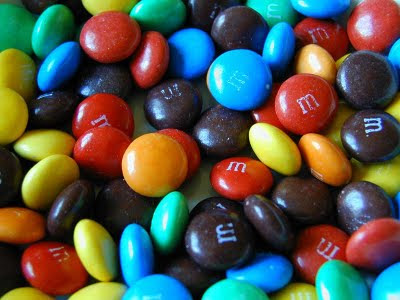 So you're suggesting I share some of these M&M's. With who? You mean the guy outside of White Hen, who, when I told him I didn't have any spare change for food, saw the sandwich I'd just bought and yelled, "Hey, buddy, to you it's a snack, but I'm starving!" (It's okay to yell at people who politely deny you money when you're in a wheelchair, because who's going to get in an argument with someone in a wheelchair? That's a no-win situation, unless there's a flight of stairs nearby.) Actually, sir, that sandwich wasn't a snack—it was my dinner. In your face! Second, weren't you smoking a cigarette before I went into White Hen? Yeah, you were. Priorities, priorities! Nutrition or nicotine—what's it gonna be? Therefore I don't need to share my M&M's with you. I'd hate to contribute to the rotting of your teeth. I'd rather just focus on the rotting of my own.
Posted at 3:12 PM 1 comment: