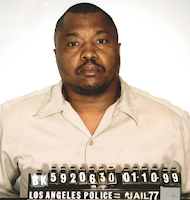 Lonnie David Franklin Jr., the serial killer known as the "Grim Sleeper," was sentenced to death one week ago today after being found guilty of killing eight women and two teenage girls in Los Angeles between 1985 and 2007. (He allegedly didn't commit any murders from '89 through '01, thus his nickname.)

Franklin was arrested and charged with those ten murders in 2010. One year earlier L.A. Weekly investigative reporter Christine Pelisek interviewed Enietra Washington, who survived an attack by Franklin in November of '88, after which he wasn't believed to have killed again until early 2002. One particular detail stood out to me in Pelisek's article:

"Task-force detectives have tracked down about 10 men associated with the victims, and have taken DNA samples from them to test against the killer’s DNA. They have checked hundreds of clues, many of which got tossed into the reject pile. One tipster insisted that Kramer from Seinfeld should get a close look, because the 13-year gap in the Grim Sleeper’s activity coincides with the years Seinfeld aired, the killings resuming after the comedy went off the air." 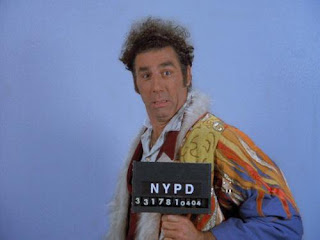 Seinfeld first aired on July 5, 1989, then didn't return to NBC's airwaves until May 31, 1990, for a first season comprised of only four episodes, an inauspicious debut for what would eventually become one of the network's biggest hits. The sitcom's final episode was broadcast on May 14, 1998.

But Seinfeld didn't have any black cast members, and Washington had identified her attacker as a black male. (On November 17, 2006, Michael Richards, who played Kramer, was caught on cell-phone camera yelling the N-word at black patrons during a stand-up set at an L.A. comedy club. He didn't kill that night, but he is guilty of bombing in the most offensive way possible.) Did any black actors appear as series regulars on any other long-running network shows that debuted after January 1, 1989, and ended before December 31, 2001? 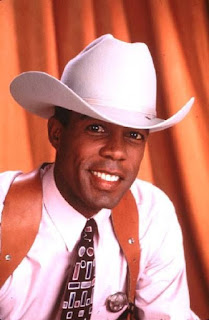 Ladies and gentlemen of the jury of tipsters with too much time on their hands, I give you Clarence Gilyard Jr., one of Chuck Norris's costars on CBS's Walker, Texas Ranger, which somehow lasted nine seasons, starting with a three-episode tryout in the spring of '93. Before that he was one of Andy Griffith's costars on Matlock (1986-'95) for four seasons, beginning in September of '89. Gilyard fits the too-busy-to-commit-crime-because-he-was-on-TV-fighting-crime profile, tipsters!

According to the Chicago Reader, however, Gilyard went back to school to study theater after Walker aired its series finale in May of '01—and in Dallas, not Los Angeles.