I've now been home from the University of Illinois at Urbana-Champaign for a week. I was there July 21-31 for a "boot camp" semester in which an entire course in the school's Library and Information Science master's program was covered in ten days. Students were told well in advance to have all of the assigned readings completed before arriving on campus. Did the majority of us listen? Of course not.

But it was a great ten days, especially since we got to meet our fellow "distance learning" students before returning to our home cities, where we'll take classes online this fall.

Ten of us went on a tour of the UIUC library's Oak Street facility, where books are stacked 40 feet high and stored at temperatures of 50 degrees Fahrenheit. The first title I saw in those stacks was Playing With Infinity, a book about mathematical concepts by Rozsa Peter. 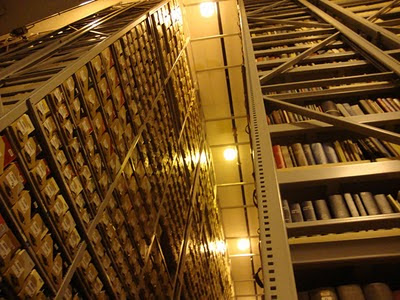 Before Columbine, there was "RoboCop 2."

In the summer of 1990 RoboCop 2, directed by late-career sequel specialist Irvin Kershner (The Empire Strikes Back, Never Say Never Again), failed to improve upon either the box-office fortunes or critical success of its Paul Verhoeven-helmed predecessor.

But it still managed to be extremely violent. 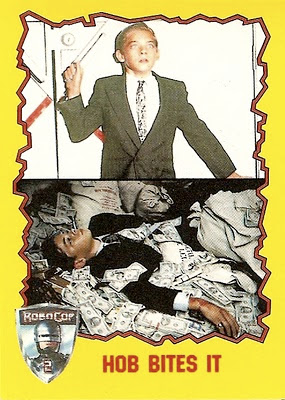 One of its villains is a machine-gun-wielding, cop-strangling, curse-word-spewing preteen named Hob, who's pictured on this Topps trading card I found in a drawer at work a few years ago. 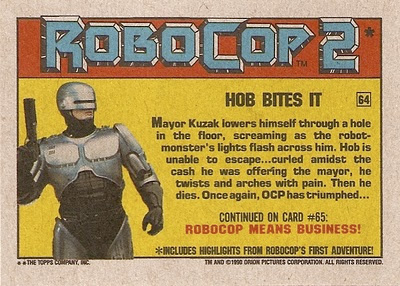 As you can see, the kid meets a bad end, but after a rash of school shootings in the mid- to late '90s—and especially after the Columbine High School massacre on April 20, 1999—I can't imagine any summer action film, even if it's rated R and squarely in the realm of futuristic sci-fi, including a character like Hob. That's somewhat unfortunate from a creative standpoint, but as far as self-censoring goes (did Topps really need to put a dead kid on a piece of cardboard that's meant to sell bubble gum?), it's not a huge loss.
Posted at 10:28 AM No comments:

"Lisa's Wedding," a sixth-season episode of The Simpsons, aired March 19, 1995. Li'l Lisa was told her fortune at a Renaissance fair and saw a vision of herself getting married at a future date. Thanks to the magic of animation—and the fact that The Simpsons is apparently immune to cancellation—Lisa remains eight years old. Nevertheless, the future is now. 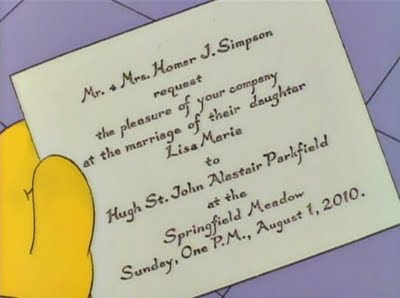