The following book recommendations were compiled for the website of the Robert M. Finley Middle School library in Glen Cove, New York, earlier this month. (Yes, I did it for a class project.) 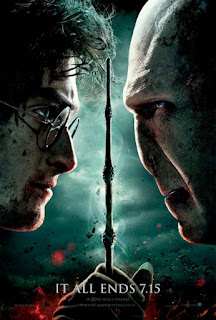 Harry Potter and the Deathly Hallows, Part 2, the final installment of the film series based on J.K. Rowling's best-selling books, opened to rave reviews and blockbuster box office in July. Another popular series begins winding down this year: The Twilight Saga: Breaking Dawn, Part 1, the fourth film derived from Stephenie Meyer's novels about true love and true blood, hits theaters in November, with Part 2 arriving 12 months later. And if you're hungry for a new book-based series to replace those two on the big screen, The Hunger Games, starring Jennifer Lawrence (she plays Mystique in X-Men: First Class) as Katniss Everdeen, opens March 23, 2012.

However, movies adapted from novels aren't the only kind of big-screen entertainment that can spark an interest in the written word. For instance, if this summer's big-screen version of Thor made you curious about the mythological origins of the Marvel Comics superhero, you should check out Norse Mythology A to Z: A Young Reader's Companion, in which author Kathleen N. Daly gives the lowdown on Thor, Loki, Odin, and the Frost Giants as well as the fantastical worlds of Asgard and Jotunheim.

Thor is based on ancient folklore, but X-Men: First Class and Transformers: Dark of the Moon are based on true stories. Well, sort of. The X-Men prequel takes place against the backdrop of the Cuban Missile Crisis, an event that brought the world to the brink of nuclear war in October 1962. Disaster was averted thanks to clearheaded thinking among the leaders of the Soviet Union and the United States, not Professor X and Magneto, but in the end a good story's a good story, right? If you'd like to read more about the real-life decisions that were made to defuse the crisis, pick up a copy of Norman H. Finkelstein's Thirteen Days/Ninety Miles. 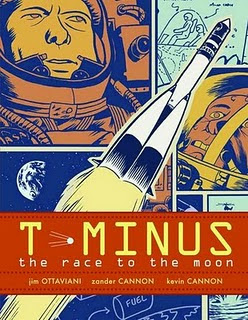 Meanwhile, the third Transformers movie puts forth the theory that the U.S. wanted its astronauts to be the first men on the moon in 1969 so they could investigate the crash landing of an Autobot spacecraft. Truth be told, the "space race" was an informal competition between the U.S. and the Soviet Union to be number one in cosmic exploration, and you can read about the many astronauts, cosmonauts, and scientists who made space travel possible in the 1950s and '60s in the graphic novel T-Minus: The Race to the Moon by Jim Ottaviani, Zander Cannon, and Kevin Cannon.

Captain America: The First Avenger is another summer movie that can stake a claim as historical fiction: the bulk of its comic-book-inspired action takes place during World War II. The hero, Steve Rogers, is a scrawny but brave young American who volunteers to become a genetically modified U.S. Army "supersoldier," while in Iain Lawrence's novel B for Buster a 16-year-old who goes by the name Kak lies about his age to enlist in the Canadian Air Force so he can escape an abusive home. As the book's dust jacket describes it, Kak "thinks the night ops over Germany will be like the heroic missions of his favorite comic-book heroes. Good will vanquish evil. But his first time out, in a plane called B for Buster, reveals the ops for what they really are—a harrowing ideal."

If Super 8 inspired you to make your own no-budget horror movies with your friends—minus the spectacular train crash, of course—then Troy Lanier and Clay Nichols's Filmmaking for Teens: Pulling Off Your Shorts is a good place to start in learning the tricks of the trade. You'll also need a good script, which is why Christina Hamlett's Screenwriting for Teens: The 100 Principles of Screenwriting Every Budding Writer Must Know is another essential read.

Finally, in case you were wondering, Bad Teacher, starring Cameron Diaz, is a work of fiction. Any similarity to actual persons, including those who've given you detention or failing grades, is purely coincidental.

For more on books that have been turned into movies, visit any of the following sites:

ChasingtheFrog.com: Movies Based on Books
Mid-Continent Public Library: Based on the Book
Arrowhead Library System: From Books to Movies
Movie Licensing USA: Books to Movies
KidsReads.com: Books Into Movies
Posted at 2:21 PM