R&B singer Keith Sweat put out a Christmas album back in November called A Christmas of Love. Sweat-y love. Jason Hare and Jeff Giles wrote about it in December, and as silly as a smooth-groove ballad called "Be Your Santa Claus" might sound in theory (translation: Sweat wants to come into your home late at night, taste your milk and pink cookies, and then leave before you wake up) , the execution of it works much better than it has any right to.

On the back of the album, which showed up in the "Free CDs" bin at work earlier this month, is Sweat's Web site address: TheSweatHotel.com. I haven't visited yet, and I doubt I can reserve a room that overlooks the Pool of Sweat, but I am curious as to why the new jack swinger didn't go with "The Sweat Lodge" for his Web site's name. Sounds more natural, right? And he'd probably sell a bunch more CDs in Indian casinos if he made the switch. 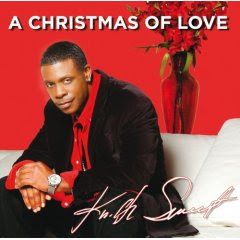 Right now my apartment is something of a sweat lodge. Heat is included in the rent, which is a good thing since I live in Chicago and it can get very cold in the winter and heat is expensive, but it's a bad thing when there's no way to turn down the heat. My building has many elderly residents, and it's been less than ten years since people under 60 have been allowed to move in. The management seems to feel that what's good enough for my 96-year-old neighbor is good enough for 32-year-old me, so if I don't like it being 76 degrees or higher 24 hours a day, that's my problem.

Recently I called the management office to (1) complain about the heat again since my winter blanket is complaining that I don't love it anymore, and (2) tell them that a bad smell was coming from the 96-year-old neighbor's apartment and was now drifting into my bathroom in addition to the hallway. My neighbor doesn't come out of her apartment that often, and she doesn't have any regular visitors, and I couldn't remember if I'd heard her TV from the hallway in the past week, so I started to wonder if she'd died. The next morning I heard the building manager and the head of maintenance knock on my neighbor's door. I'm glad to know she's alive. I wasn't glad to hear that their first question was "Are you too cold?"

Too cold?! Even a Kalahari bushman would be asking you to turn the heat down in this place. I called you because I thought my neighbor's corpse was cold, not her apartment, for Christ's sake! (In the management's defense, I certainly wouldn't want to knock on a 96-year-old's door and ask, "Are you still alive? Okay, just checking. Thanks!")

I pray every night that it'll continue to be windy and below 20 in Chicago just so the temperature in my apartment will remain steady around 70 degrees. Please don't let it warm up enough so that it'll snow, Mother Nature, and don't let the temperature rise above 40. It's not that I can't open my windows in the dead of winter. It's that I'm fundamentally opposed to such a thing.

But I expect obstacles like this in January, which is why I'm glad it's almost over. You can read more (of the same) about the cold shoulder I give to the coldest month over at Popdose.com, the new Web site I'm editing with the aforementioned Jason Hare and Jeff Giles. They edit much more than I do, but I hope to maintain this blog, write and edit for Popdose, look for a new job, continue performing improv and sketch comedy, grow a foot taller, and make a fashionably late entrance into the presidential race as a crazy Ross Perot-type independent. Wish me luck!
Posted at 10:54 AM No comments:

songs that double back 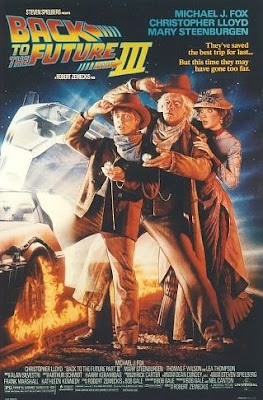 I love the piped-in music that's played in grocery stores and drug stores. I often get to hear songs I haven't heard on the radio in years, and since I don't have any objections to soft rock, the lighter sounds that are typically played in these stores don't make me want to shoplift out of spite. The other day I heard "Doubleback," ZZ Top's big single featured in 1990's Back to the Future Part III. "The Power of Love" it was not, but just as Huey Lewis made a cameo in the first Back to the Future in '85, the ZZ Top triumvirate showed up in Part III to play Old West musicians who had spinning-guitar straps all the way back in 1885.

I don't think this is a case of the Jewel-Osco supermarket chain having too short of a playlist. I think it means I go to the grocery store more frequently than I realized. (I don't own a car, so it's a lot easier on my arms if I go three or four times a week rather than one. I HAVE WEAK ARMS, OKAY?) I also think Jewel-Osco wants me to buy more bread.
Posted at 11:56 AM No comments: