When Morrissey (vocals) and Johnny Marr (guitar) started writing songs together in 1982, they picked the Smiths for their new band's moniker, partly as a reaction to extravagant group names like Orchestral Manoeuvres in the Dark. But though the Smiths' name was ordinary, their impact on British pop music—which up to that point in the '80s had been drenched in synthesizers—was not, lighting a path for the Stone Roses, Oasis, Blur, and many other bands.

Morrissey and Marr filled out their lineup with Mike Joyce on drums and Andy Rourke on bass, and after six months of club gigs the Smiths signed with London's Rough Trade Records in 1983. Their first single, "Hand in Glove," failed to ignite the interest of radio programmers, but the follow-up, "This Charming Man," cracked the top 30 on the UK singles chart. Despite his often heartsick lyrics (evinced by song titles like "Please, Please, Please Let Me Get What I Want" and "Heaven Knows I'm Miserable Now"), which continue to speak to many a lonely, tortured adolescent on both sides of the pond, Morrissey was an invigorating, hip-gyrating presence in concert, not to mention an eccentric one—the frontman was known for wearing a hearing aid onstage and putting gladioli in his back pocket. 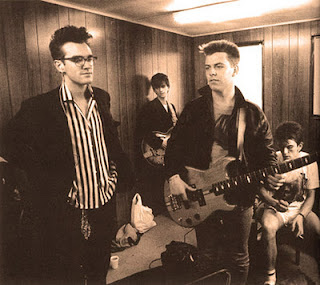 The Smiths' self-titled first album was released in February 1984 on a wave of tremendous buzz. It was also met with controversy when British tabloids interpreted "Reel Around the Fountain" and "The Hand That Rocks the Cradle" as endorsements of pedophilia, an allegation Morrissey vehemently denied.

Meat Is Murder followed a year later, with the Smiths producing the album themselves, gaining confidence and moving beyond jangly guitar pop to embrace rockabilly ("Rusholme Ruffians") and even a bit of funk ("Barbarism Begins at Home"). It was their first number-one album in the UK.

After their third LP, The Queen Is Dead, was completed at the end of '85, Rourke was fired, allegedly because his heroin use was affecting his performance. He was replaced with Craig Gannon, but just a few weeks later Rourke was rehired, with Gannon moving to rhythm guitar (he wasn't "the fifth Smith" for long—by the end of 1986 he'd left the band). Queen was released in June of '86, delayed by six months because of a legal dispute between the band and Rough Trade, and since the label appeared incapable of pushing the band's singles up the charts in either the U.S. or the UK, Morrissey and Marr decided it was time to move on.

Bucking their "independent" reputation, the Smiths signed with major label EMI in 1987, but by the time Strangeways Here We Come, their fourth album and Rough Trade swan song, was released that fall, the band was no more. Marr quit after the album was finished, frustrated by Morrissey's immovable obsession with 1960s pop melodies, and though the rest of the band tried to continue as a trio, it didn't last long.

Morrissey went on to a successful solo career, and Marr formed Electronic with New Order's Bernard Sumner. A reunion isn't likely: in 1996 Joyce sued Morrissey and Marr for recording and performance royalties and won. But never say never. As the Smiths' frontman once sang, "There is a light that never goes out...."
Posted at 9:28 AM No comments:

Thanks to my friend and fellow improviser Michael, who's currently traveling and performing in and around the Gulf of Mexico, I've learned what Please has been up to lately. 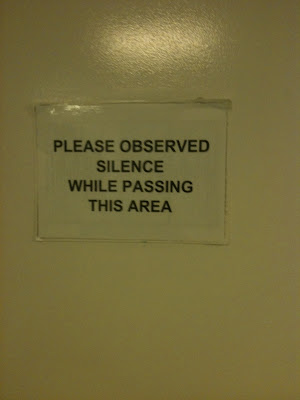 Thoughtful as always, Please. Michael also informed me that our mutual friend (and enemy) Liquor has gone into business. 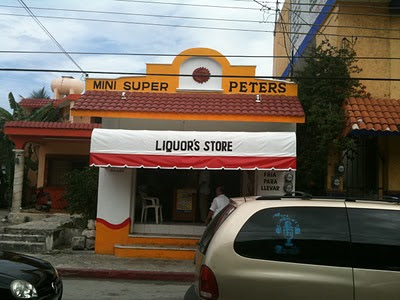 Email ThisBlogThis!Share to TwitterShare to FacebookShare to Pinterest
Labels: English as a second language, proofreading

"Obviously, my dream of making millions through poetry is dust."

My dad sent this Tom the Dancing Bug strip to me the other day, reminding me that I'd originally sent it to him in August 2000 after it appeared in print and online. Tom creator Ruben Bolling is wickedly funny and smart, and he gave good e-mail when I wrote him as a fan later that year. 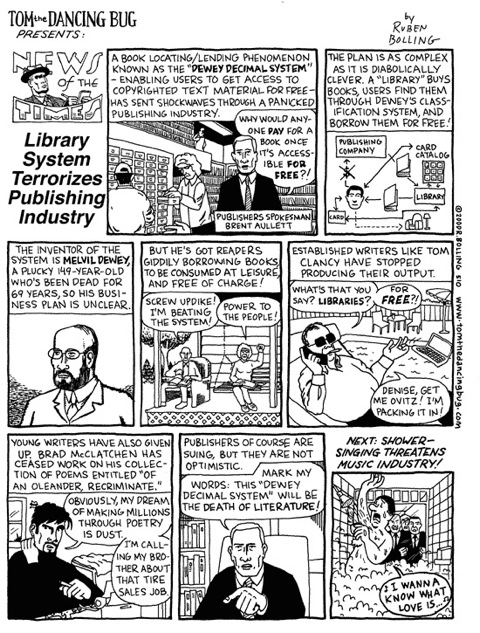 Now that I'm studying library science this strip is even funnier, although the record industry's fate now seems much more dire than it did a decade ago, when Napster was the only music-pirating bug that needed to be squashed. And these days e-publishing, aided by ambiguous forces of good and/or evil such as Amazon.com, threatens to wipe out the traditional publishing industry, taking down bookstore chains like Borders in the process.

Everything's cheaper now, but we're all paying the price.
Posted at 11:51 PM No comments: