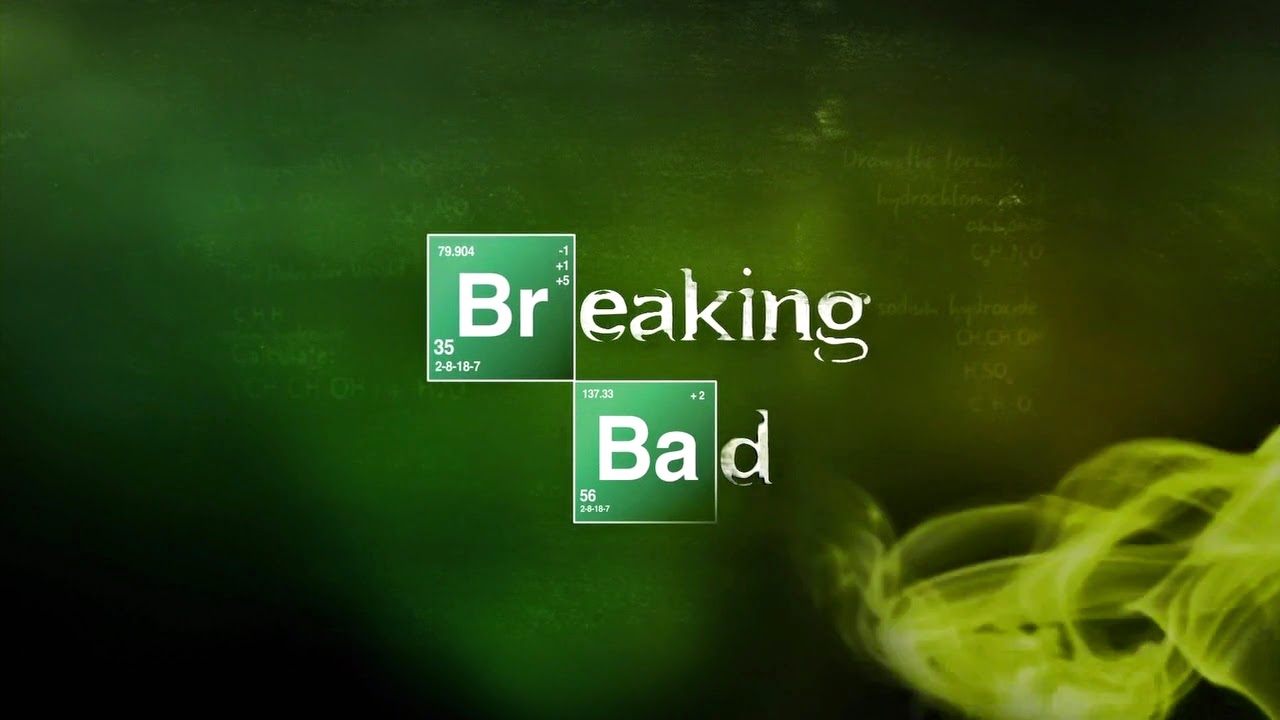 I didn't see Breaking Bad during its five-year run on AMC, so I've been catching up on Netflix a few episodes at a time over the past month or so. In the third-season episode titled "Fly," which originally aired on May 23, 2010, Walter White (Bryan Cranston) tells his partner in crime, Jesse Pinkman (Aaron Paul), that there's a contaminant in their underground meth lab. Jesse is unnerved by this revelation until he realizes Walt is talking about a single housefly.

JESSE: When you say it's contamination, I mean, I'm thinking, like, an Ebola leak or something.

JESSE: Yeah, it's a disease on the Discovery Channel where all your intestines sorta just slip right out of your butt.

WALTER: Thank you, I know what Ebola is.

WALTER: Now tell me: what would a West African virus be doing in our lab?

Well, you do live one state over from Texas, Mr. White. Do I need to draw you a map?

food for thought via thoughts on food bags

Chipotle is currently placing snippets of writing (remember, portion control is important) by authors such as Toni Morrison, Malcolm Gladwell, George Saunders, and Michael Lewis — and actor-comedians Sarah Silverman and Bill Hader for good measure — on its carry-out bags and paper cups. 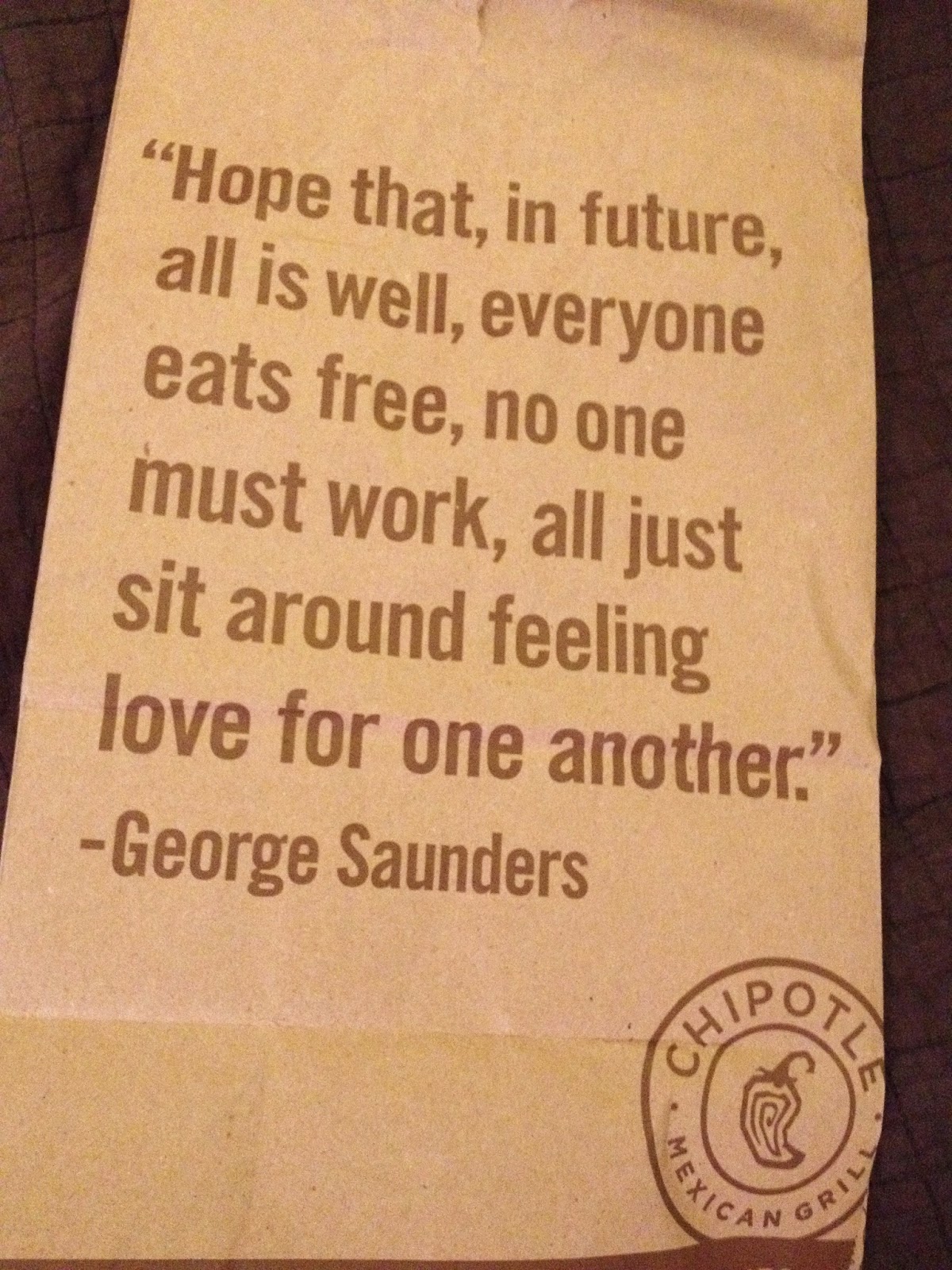 As Saunders says on the Chipotle-sponsored website CultivatingThought.com, "I love the idea of putting something literary in a place we might not expect to find it." At the very least the pull quote above is more upbeat than the song lyrics featured on either side of the decades-old Treasure Island Foods bag I found in the archives at my last job. I'll take humorous optimism with my vegetarian burrito bowl over romantic pessimism with my European cheeses any day of the week. 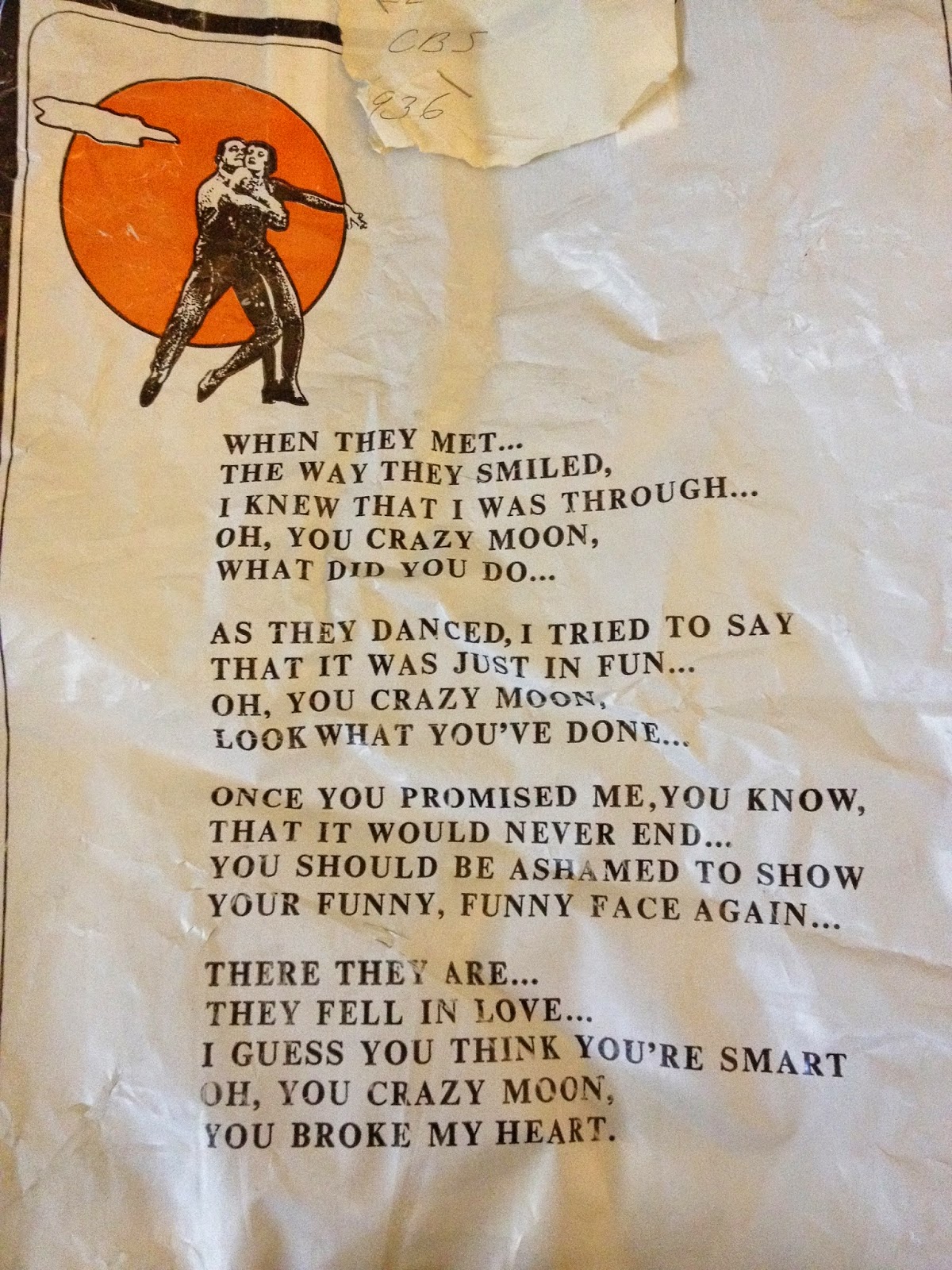 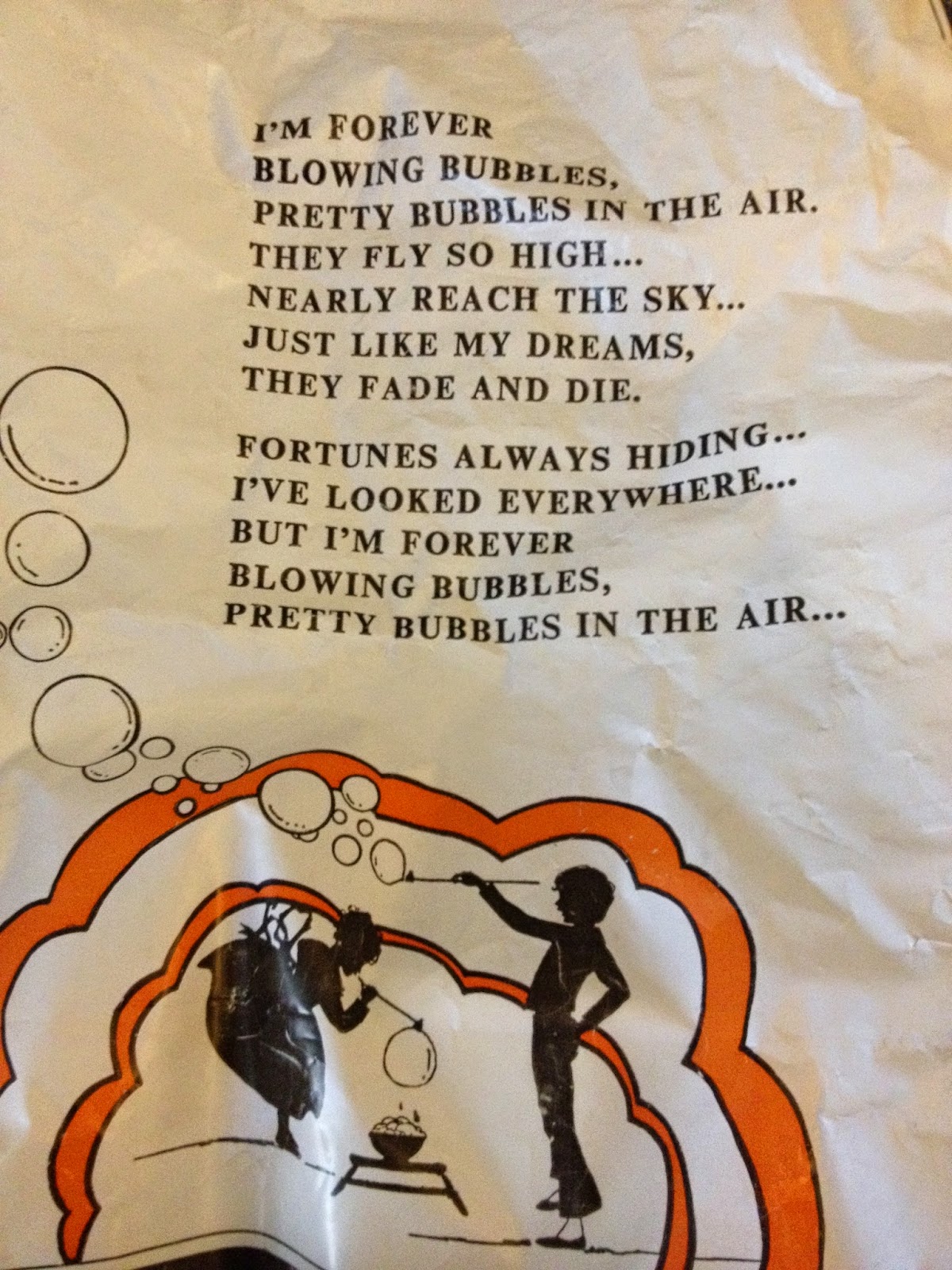