Where have you gone, Joe DiMaggio? Didn't you play for the Yankees in, like, the '80s?

Many fans of Simon & Garfunkel consider their music to be timeless, but when it comes to photos of the duo, the captions found online are occasionally just lost in time. 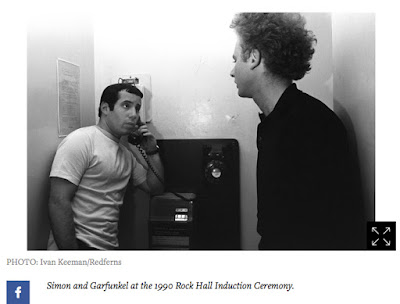 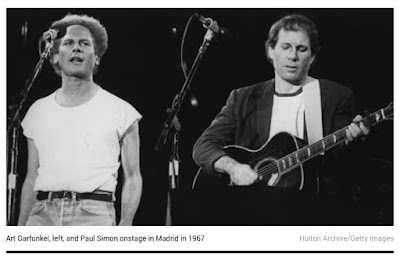 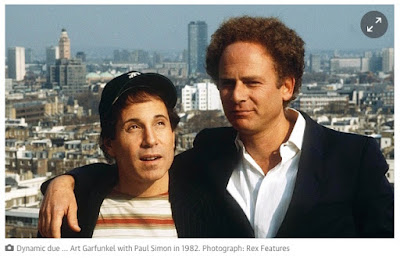 TheGuardian.com, May 25, 2015
(Actually, the date in this photo's caption seems to be correct, but what's a "dynamic due"? Batman gets to wear tights, but his sidekick, Robin, has to run around with his underwear exposed—would that be considered a case of Robin paying his dynamic dues?)
Posted at 9:13 PM No comments:

The future is now. Seriously, right this minute.

In addition to forecasting that the Chicago Cubs would win the World Series this October, Back to the Future Part II, released in 1989, predicted a "Jaws 19" in 2015. That one seemed like a much more obvious joke 26 years ago, especially after the fourth Jaws bombed in '87, but Universal, the studio that distributed the three Back to the Future and four Jaws movies, had one of the biggest hits of this year with Furious 7, the latest installment in a franchise that appeared to be running on empty after its third film, The Fast and the Furious: Tokyo Drift, performed poorly at the box office in 2006.

(Much like the fictional "Jaws 19," the Fast and/or Furious series has been refreshingly honest about its age in recent years, especially since other series tend to drop the numbers from their movies' titles after the third installment. For example, compare Fast Five, Fast & Furious 6, and Furious 7 to the fourth and fifth entries in the Mission: Impossible series, Mission: Impossible—Ghost Protocol and last summer's Mission: Impossible—Rogue Nation.)

Now Universal's planning to make three more (and a fourth Riddick movie, presumably to keep Vin Diesel, the star of both franchises, happy). I predict that the inevitable series "reboot" will go into development the day after "Fast + Furious X" leaves theaters. 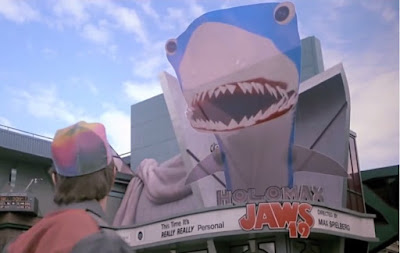 Now where my food hydrator at, Bob Gale and Robert Zemeckis?
Posted at 4:29 PM No comments: