Led Zeppelin "wrote the book and all of us are just trying to write a page," said Paul Stanley of Kiss, in Danny Goldberg's Bumping Into Geniuses: My Life Inside the Rock and Roll Business. "They are the template and the road map that everyone else follows." Anyone who first heard "Stairway to Heaven" as a teenager and dreamed of being the next Jimmy Page would likely agree.

By 1968 Page was the last man standing in England's Yardbirds, after members like Eric Clapton and Jeff Beck had flown the coop. That summer he tried to recruit Terry Reid for a new band, but the singer's schedule was already full. Reid recommended another vocalist, 20-year-old Robert Plant, who then convinced drummer John Bonham, a longtime friend, to join Page's group with him. Bassist and keyboardist John Paul Jones rounded out the lineup.

Fulfilling a contractual obligation, Page's new band played some European dates as the New Yardbirds in September of '68, then switched their name to Led Zeppelin and recorded their eponymous first album in roughly 30 hours. Led Zeppelin (1969) included two Willie Dixon blues standards as well as future rock standards like "Communication Breakdown" and "Dazed and Confused." The band's thunderous approach to rhythm and blues and their interest in mythology—several of their songs contain references to J.R.R. Tolkien works like The Lord of the Rings—helped create the template for heavy metal and hard rock in the 1970s.

Led Zeppelin II was recorded at various studios while the band was on tour in 1969; it hit stores near the end of the year. "Whole Lotta Love" was a top-five hit in the U.S., where Zeppelin was becoming a major concert draw (shows sometimes lasted up to four hours and included 30-minute "Bonzo" drum solos), but the group didn't release singles in the UK or grant many interviews to the press, adding to their overall mystique. 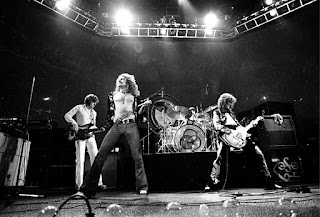 Though 1970's Led Zeppelin III kicked off with the propulsive "Immigrant Song," the album showcased the quartet's acoustic folk influence on tracks like "That's the Way" and "Gallows Pole." Their next release had no title, and Zeppelin refused to edit the eight-minute "Stairway to Heaven" down to a single-friendly size, but 1971's "Led Zeppelin IV," as it's commonly known, still ended up selling 37 million copies over the next four decades, with "Stairway" becoming the most requested song of all time on rock radio stations. The untitled disc also featured instant classics like the riff-heavy "Black Dog" and "Rock and Roll," and the epic folk-rock number "The Battle of Evermore."

By 1973 Led Zeppelin was the biggest band in the world, allowing them to stretch out on that year's Houses of the Holy with playful stabs at reggae ("D'Yer Maker") and funk ("The Crunge"), while 1975's Physical Graffiti was a double album that contained Eastern influences ("Kashmir") alongside touches of country ("Down by the Seaside") and pop ("Houses of the Holy," left off the album of the same name).

The band launched their own Swan Song label through Atlantic Records in 1974, and their concert film The Song Remains the Same was a hit at the box office in '76, but Presence (1976) and In Through the Out Door (1979) arrived in record stores as punk and disco were dominating the musical landscape. On September 25, 1980, John Bonham died of asphyxiation. Led Zeppelin announced their breakup shortly thereafter.

Various one-off reunions have taken place over the past 30 years, including the band's induction into the Rock and Roll Hall of Fame in 1995. With Bonham's son, Jason, on drums, Zeppelin performed on December 10, 2007, as part of a tribute to Atlantic Records founder Ahmet Ertegun, but the band has been silent ever since. Fortunately for fans new and old, Led Zeppelin's timeless music continues to speak for itself.
Posted at 12:03 PM No comments: 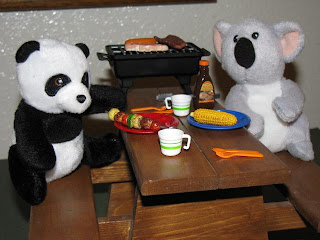 This blog is not this blog.


Imitation may be the sincerest form of flattery, offending sir or madam, but ID theft feels like a particularly aggressive yet nonverbal way of saying "f**k you," so please come up with another name for your "internationally broadcast scratch paper" (that phrase is mine too—I'm calling retroactive dibs on everything). For instance, I have no qualms with the name Wineberry Koala 69, so think it over and get back to me. You have five seconds. (What do you think this is, a Capitol Hill debt-ceiling negotiation? I don't have that kind of patience.)

Also, in case anyone out there is confused, I've written for Popdose and Popblerd, but not Popdust, PopCrush, PopCrunch, PopSugar, or Pop Candy. Believe me, there have been days when I've felt like a fraud, but I'd still like to think I'm no one's carbon copy.
Posted at 11:52 PM No comments:

Welcome to Mulberry Panda 96, your one-stop shop for music-producer sleaze.

Thanks to Blogger's behind-the-scenes "Stats" feature (it hasn't always been there, has it?), I can find out which search-engine queries bring people here. My favorite so far is "'david gates' and 'producer' and 'sleaze.'"

Hey, the man from Bread ain't no sleaze. Or maybe you know something I don't about his business ethics and/or personal life, searcher. I'll allow you that Gates put a particularly innuendo-licious line in "If," but it took Telly Savalas's 1975 cover of the song to coax the sleaze out of its soft-rock shell.

If you're not sure what line I'm talking about, read this excerpt from Lester Bangs's review of The Best of Bread for Rolling Stone (May 24, 1973): 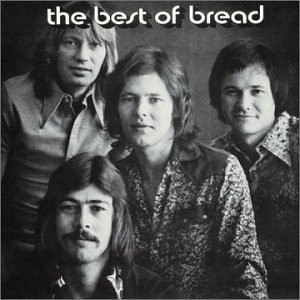 But the real payoff is side one, all those mellow yellow David Gates love ballads. "Make It With You" is the Seventies strawsippin' successor to "I Want to Hold Your Hand." It still melts my heart into a puddle of treacle. And that's because I'm treacle, not Bread; they're honchos!

... And they got plenty of sex in their songs too, don't let nobody tell you they're puds when they hit ya with lines like: "And when my [love for] life is running dry / You come and pour yourself on me." Ahhhhhhhhhhhh!

Now read these posts from last year that I recently rescued from their "draft" prisons (Lester Bangs shows up again, as does a much more juvenile sexual reference):

My consciousness is gone with the wind.

"We still feel that color is hard on the eyes for so long a picture."

That's what Frank S. Nugent had to say about Gone With the Wind, the most successful film of all time (when its gross is adjusted for inflation), in the December 28, 1939, edition of the New York Times.

I'm ashamed to admit it, but I feel the same way about black-and-white movies. They make me sleepy. Is there a psychological diagnosis for this "condition," or am I just too accustomed to the faster pace of modern movies (specifically, everything from Jaws onward)? Then again, as my girlfriend says, "You think the pacing of the dialogue in His Girl Friday [1940] was slow?"
Posted at 10:02 AM No comments: