The Emoticon Formerly Known as Prince

Prince, who died April 21, at the age of 57, was an icon. But after he changed his name to an unpronounceable symbol in 1993, Prince also became an emoticon, at least in iTunes, where the symbol, when laid out horizontally, looks like this:

A sign o' the times, many of which had a terrific soundtrack thanks to Prince.

Rest in peace, Mayor Nelson. You were one of a kind. 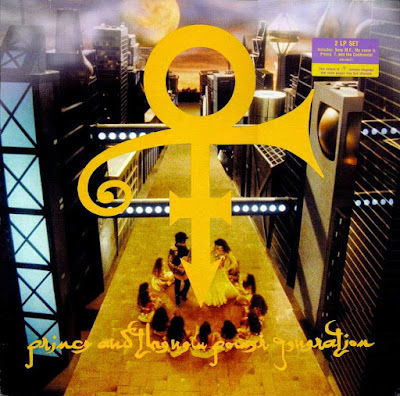 Steve Miller was inducted into the Rock and Roll Hall of Fame on Friday. Perhaps the big ol' jet airliner that flew him to the ceremony ran into some turbulence, because the space cowboy certainly wasn't happy after he touched down in Cleveland. According to The New York Times:

"When they told me I was inducted they said, 'You have two tickets—one for your wife and one for yourself. Want another one? It's $10,000. Sorry, that's the way it goes,'" he said, adding, "What about my band? What about their wives?"

When a publicist for the Rock Hall tried to interrupt him, Mr. Miller persisted. "No, we're not going to wrap this up—I'm going to wrap you up," he said. "You go sit down over there and learn something."

Time keeps on tickin', tickin', tickin'. So do time bombs until they go kablooey. Miller felt he was being punked by the Rock and Roll Hall of Fame, so he decided to out-punk everyone else in the Class of 2016 with a Johnny Rotten attitude. That's because he had something to prove—that he's nobody's fool, or at least nobody's CPA, even if he is the one who brought up the $10,000 "all members of the Steve Miller Band except Steve Miller" admission fee. (Think you can't afford it, Steve? Think again—to paraphrase another one of your hit songs, take the tax deduction and run.) See, according to Charles M. Young in his article "The Eagles: Hell Is for Heroes," published in the November 29, 1979, issue of Rolling Stone:

Steve Miller, the opening act, takes the stage to a big ovation from the Milwaukee teenagers. [Eagles manager Irving] Azoff, behind a stack of speakers, gives them the finger. "Look at that guy," he spits, indicating Miller's short hair and conservative dress. "He even looks like an accountant. Undoubtedly the cheapest man in rock & roll. You know he gets all his equipment into one truck?"

"He's the least of the worst," says Azoff, still angry because Miller cut his set short the previous night. "Some other act, we'd get a hundred bikers in the front row."

I bet Steve Miller could've fit a hundred bikers in his equipment truck in '79, and no "abracadabra" magic trick would've been necessary. All he would've had to say was "You'll save a ton on gas money this way."
Posted at 1:04 PM No comments: