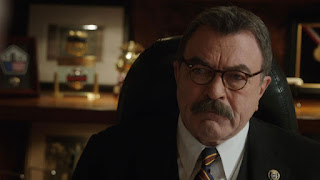 Blue Bloods, starring Tom Selleck, debuted on CBS in the fall of 2010. Recently renewed for a ninth season, the Friday-night mainstay has now produced more episodes than Selleck's first long-running series for the network, Magnum, P.I. (1980-'88).

"There is one enterprise of national significance that Selleck is happy to weigh in on: the long-gestating Magnum P.I. movie," wrote Robert Moritz in Parade's November 7, 2010, edition. "With rumors flying that Matthew McConaughey and Ashton Kutcher have been considered, Selleck is very clear on his choice to play the lead: Tom Selleck. He envisions an older Magnum in a story line that catches up with events since the series' final episode."

"Look, I'm not being egotistical, but Magnum's in about 100 countries," Selleck told Moritz. "They can't just buy a title and stick some younger guy in it. These things are quite real to audiences." 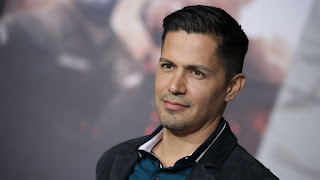 Of course they can, Tom.

The Magnum movie never happened, but the detective series is returning to CBS next fall, with Jay Hernandez in the title role. (I'm all for colorblind casting, but I hope the writers will provide a backstory for Thomas Sullivan Magnum IV's newly Hispanic heritage.)

Hawaii Five-O aired from 1968 to '80 on CBS—one reason why Magnum was greenlit at the end of Five-O's run was so that CBS could continue to make use of its Hawaiian production facilities—and was rebooted by the network in 2010. Five-O 2.0 premiered the same week as Blue Bloods and, like that show, is still pulling in decent ratings after eight years. Time will tell if the new Magnum, P.I. can also go the distance.
Posted at 2:44 PM No comments: