When Ian Curtis, lead singer of the English band Joy Division, committed suicide in May 1980, the three remaining members of the band—Bernard Sumner (guitar), Peter Hook (bass), and Stephen Morris (drums)—decided to continue, albeit under a new name. With that, New Order began its mission of fusing new wave and electronic dance music to create a sound uniquely their own on the Manchester scene.

Sumner became the band's new lead singer, and Gillian Gilbert was added on keyboards, having previously played guitar on occasion with Joy Division (she was also Morris's girlfriend). New Order's first single, "Ceremony," and album, Movement (1981), didn't stray far from Joy Division's postpunk roots, but after visiting dance clubs in New York, the band experimented with synthesizers and computer-manipulated sounds—and put their love of Kraftwerk to good use—and came up with the singles "Everything's Gone Green" and "Temptation."

In early '83 New Order released the club hit "Blue Monday," which became the best-selling 12-inch single of all time, moving more than three million units worldwide. Power, Corruption & Lies followed, but the band didn't issue any singles from the album, a practice encouraged by their label, Factory Records. (They weren't under contract to the label, either.) They also refused to do interviews, adding to their allure.

Low-Life (1985) was New Order's most acclaimed album yet. The band's innovative blend of dance and rock was being mirrored by bands like the Eurythmics and Pet Shop Boys, and Low-Life helped lay the groundwork for Primal Scream's Screamadelica (1991) and even U2's Pop (1997). In 1986 New Order released Brotherhood, which was split down the middle—one side was filled with rock songs, the other with dance tracks, including the fan favorite "Bizarre Love Triangle." The band crossed over to American audiences in '87 when "True Faith," from the singles compilation Substance, cracked the Top 40. 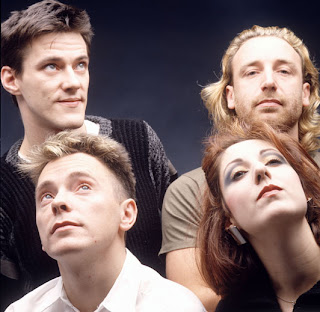 While recording on the Mediterranean island of Ibiza in 1988, the band became inspired by house music (some would argue the style was inspired by their music) and assembled Technique (1989), their most dance-oriented album, featuring "Fine Time" and other beat-driven club tracks. New Order recorded "World in Motion," England's 1990 World Cup anthem, then took a long break so its members could focus on solo projects. Sumner teamed up with ex-Smiths guitarist Johnny Marr and Pet Shop Boys for Electronic, who had a minor U.S. pop hit in 1990 with "Getting Away With It," and Hook formed Revenge.

Factory Records went belly up in '92, so New Order's sixth album, Republic (1993), was distributed by London Records. "Regret" crept into the top 30 in the U.S., but the band then went on another hiatus: Sumner did a second Electronic record, Hook formed Monaco after Revenge collapsed, and Morris and Gilbert got married and recorded, cheekily, as the Other Two.

In 2001 New Order released their first new album in almost a decade, Get Ready. A more guitar-oriented effort than either Technique or Republic, it found the band collaborating with acolytes Bobby Gillespie of Primal Scream and Billy Corgan of the Smashing Pumpkins. For 2005's Waiting for the Sirens' Call, Phil Cunningham replaced Gilbert, who chose to stay home with her and Morris's children.

The band has no further plans to record. Sirens' first single was "Krafty," a reference to Kraftwerk's influence on the band, but it also makes for a fitting full-circle coda to New Order's career, one that influenced other bands to embrace technology and take risks with rock and dance.
Posted at 2:31 PM No comments: 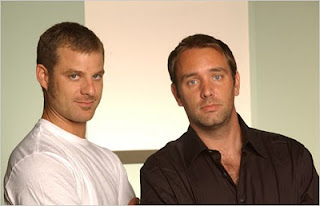