After having its seventh-season episode order cut from 22 episodes to 13 last month, Medium was officially canceled this week by CBS, with its final episode set to air in January. The supernatural drama, which stars Patricia Arquette as a psychic who helps the Phoenix DA's office solve crimes, spent its first five seasons on NBC before being rescued from cancellation by CBS. Now its luck has finally run out. 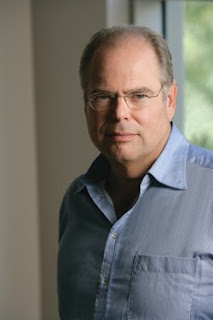 This is a golden opportunity, however, for Medium creator and executive producer Glenn Gordon Caron, who previously created the network series Now and Again (CBS, 1999-2000) and Moonlighting (ABC, 1985-1989), which was my favorite show when I was growing up. He was also the brains behind "When I Grow Up" (a.k.a. "Fling"), a series that never aired despite six episodes having been completed by the time Fox pulled the plug in 2001; a pseudo-update of Moonlighting, it featured Amy Sedaris, one of the funniest people on the planet, playing the Ms. DiPesto receptionist role, and was reportedly axed because Caron wouldn't take input from network brass. Now, with the cancellation of his latest—and longest-running—network series, Caron finally has a chance to create a series for HBO. (C'mon, guys, schedule a meeting already!)

One of the main reasons I loved Moonlighting when I was growing up was because it didn't follow the rules of other shows. The main characters, private detectives Maddie Hayes (Cybill Shepherd) and David Addison (Bruce Willis), occasionally talked to the camera and acknowledged they were characters on a TV show; overlapping dialogue was common; and comedy, drama, and romance were often combined in the same episode in equal measures. In its third season the episode "Big Man on Mulberry Street" showcased quietly dramatic moments for Shepherd and Willis that surrounded a stylish dance number choreographed by Singin' in the Rain codirector Stanley Donen; one week later "Atomic Shakespeare" featured iambic pentameter and a full-dress parody of The Taming of the Shrew.

For a while anything was possible on Moonlighting. It was wildly creative and had an energy no other show could match. No wonder it burned out so quickly.

Though Caron and company were supposed to complete 22 episodes of Moonlighting each season after the first, the most they ever delivered was 18 in the second season. Even the show's abbreviated first season ended up one episode short of ABC's six-episode order. Caron did complete 22 episodes of Now and Again for CBS more than a decade later, but rumor has it he went overbudget on the last few episodes of the show's one and only season in order to finish them on time. Since the show's ratings had steadily decreased throughout the season, the network pulled the plug; Now and Again ended on a cliffhanger that was never resolved.

I never read of any production delays on Medium, but I'm sure Caron would jump at the chance to produce just 13 or 10 or even 8 episodes per season, which is standard at HBO. Before he created The Sopranos for HBO, David Chase had written for network shows like The Rockford Files and Northern Exposure. Before The Wire and Treme, David Simon worked on NBC's Homicide: Life on the Street. And before Six Feet Under, Alan Ball spent time writing for the Cybill Shepherd sitcom Cybill; he once said that the former Moonlighting star's diva-like behavior frustrated him so much that he decided the best way to deal with it was to channel his anger into a script titled American Beauty, which eventually won him the Best Original Screenplay Oscar in 2000.

It's my guess that Caron would similarly thrive at a cable network that prides itself on letting inventive writer-producers do what they do best.
Posted at 4:37 PM 2 comments:

The beginning of broadcasting?

On November 15, 1926, the National Broadcasting Company, otherwise known as NBC, began broadcasting as a radio network with a four-hour "extravaganza" featuring Will Rogers and the New York Symphony Orchestra. Conan O'Brien's grandfather was hired to host the event, but after 45 minutes NBC replaced him with Jay Leno's great-grandfather, setting up a vicious cycle for generations to come.
Posted at 5:35 PM No comments: