"We're not actors, mister! I assume you've heard of the Avengers priority card?"

Disney bought Marvel Studios ten years ago, putting it in charge of the big-screen adventures of Iron Man and his fellow Avengers. Disney's acquisition of the film and TV assets of 21st Century Fox was finalized last month, meaning it's also now in charge of Marvel characters whose big-screen rights were previously owned by Fox, including the Thing and the rest of his supergroup, the Fantastic Four.

Comcast, which owns Universal Pictures, the studio behind the Jurassic Park and Jurassic World movies, attempted to outbid Disney for Fox's assets last year. One day soon Disney may be rich enough to swallow Comcast whole, and if that happens don't be surprised if the March 1983 issue of Marvel Two-in-One makes a synergistic leap from the page to the screen. 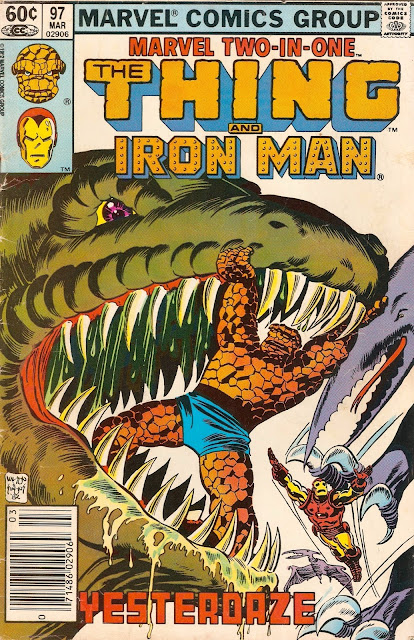 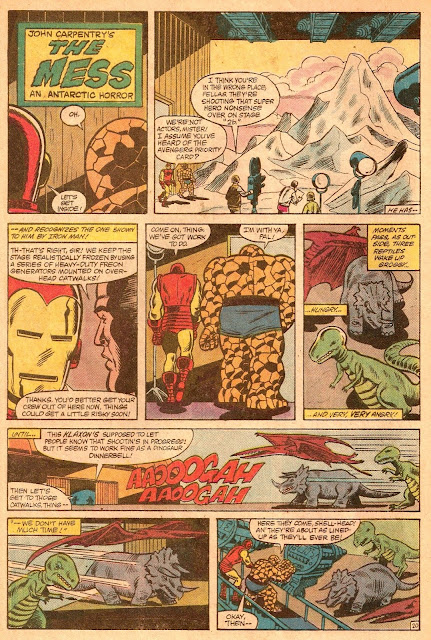