The following book passages and author quotes were compiled for the website of the Robert M. Finley Middle School library in Glen Cove, New York, earlier this month. (Yes, I did it for a class project.) 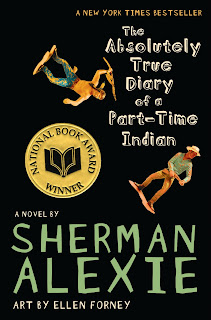 We ran into the Reardan High School Library.

"Look at all these books," he said.

"There aren't that many," I said. It was a small library in a small high school in a small town.

"There are three thousand four hundred and twelve books here," Gordy said. "I know that because I counted them."

"Okay, now you're officially a freak," I said.

"Yes, it's a small library. It's a tiny one. But if you read one of these books a day, it would still take you almost ten years to finish."

"The world, even the smallest parts of it, is filled with things you don't know."

Wow. That was a huge idea. —from The Absolutely True Diary of a Part-Time Indian by Sherman Alexie

For some of us, books are as important as almost anything else on earth. What a miracle it is that out of these small, flat, rigid squares of paper unfolds world after world after world, worlds that sing to you, comfort and quiet or excite you. Books help us understand who we are and how we are to behave. They show us what community and friendship mean; they show us how to live and die. —from Bird by Bird: Some Instructions on Writing and Life by Anne Lamott

"Information is the currency of democracy." —Thomas Jefferson 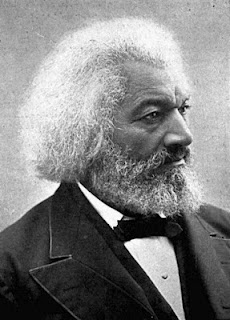 "Once you learn to read, you will be forever free." —Frederick Douglass

"Reading is to the mind what exercise is to the body." —Joseph Addison

"It is what you read when you don't have to that determines what you will be when you can't help it." —Oscar Wilde

"Until I feared I would lose it, I never loved to read. One does not love breathing." —Harper Lee

"A truly good book teaches me better than to read it. I must soon lay it down, and commence living on its hint. What I began by reading, I must finish by acting." —Henry David Thoreau

"What really knocks me out is a book that, when you're all done reading it, you wish the author that wrote it was a terrific friend of yours and you could call him up on the phone whenever you felt like it." —J.D. Salinger

"We read to know that we are not alone." —C.S. Lewis, as played by Anthony Hopkins in the 1993 film Shadowlands, written by William Nicholson

"You think your pain and your heartbreak are unprecedented in the history of the world, but then you read. It was books that taught me that the things that tormented me most were the very things that connected me with all the people who were alive, or who had ever been alive." —James Baldwin

"My alma mater was books, a good library ... I could spend the rest of my life reading, just satisfying my curiosity." —Malcolm X 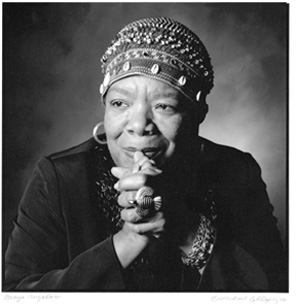 "When I look back, I am so impressed again with the life-giving power of literature. If I were a young person today, trying to gain a sense of myself in the world, I would do that again by reading, just as I did when I was young." —Maya Angelou

"Books are mirrors: you only see in them what you already have inside you." —Carlos Ruiz Zafón

"The man who has no imagination has no wings." —Muhammad Ali

"You can't depend on your eyes when your imagination is out of focus." —Mark Twain

"I imagine that yes is the only living thing." —e.e. cummings 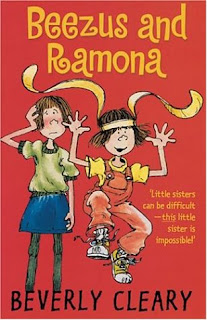 "If you're serious about becoming a professional writer, prepare to have some other way of earning a living. Many fine writers don't earn enough to live on. Read widely. Master the tools of writing. I know that spelling, punctuation, and grammar are boring, but they are necessary." —Beverly Cleary

"Read, read, read. Read everything—trash, classics, good and bad, and see how they do it. Just like a carpenter who works as an apprentice and studies the master. Read! You'll absorb it. Then write. If it's good, you'll find out. If it's not, throw it out the window." —William Faulkner
Posted at 11:56 PM

Email ThisBlogThis!Share to TwitterShare to FacebookShare to Pinterest
Labels: tweens and teens, YA literature