I get sick of it too, Larry the Cable Guy. 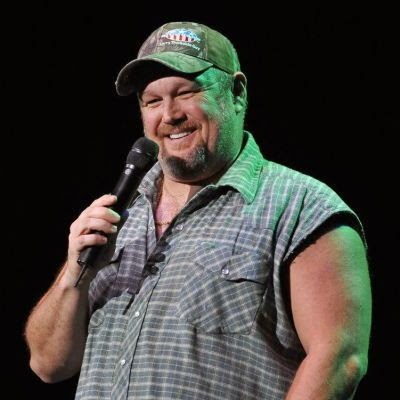 "I get sick and tired of the Bill Hicks thing. You always see people talking about, 'Well, if Bill Hicks was alive ...' When we first started doing the Blue Collar [Comedy Tour], people would always say, 'Oh, this is so hackneyed! Whatever happened to people like Bill Hicks? If Bill Hicks was alive today ...' Or, 'Bill Hicks must be rolling in his grave ...' You know, I was there the day that Bill Hicks told Jeff Foxworthy he had cancer, in West Palm Beach, in the Comedy Corner. They both hugged each other and cried in each other's arms. Bill Hicks was a fan of Jeff Foxworthy and a friend of Jeff Foxworthy's. Bill Hicks thought Jeff Foxworthy was hilarious. I was there at the Comedy Corner when Bill Hicks went up to Carrot Top and said, 'Look, I don't know how you do these things, I can't do that kind of humor, but some of those things you create are genius. I wish that that's the kind of comedy that I could think of. But I've gone to this ... my comedy's more of a dark type.' [Laughs.] I heard the whole conversation. And not just me. There were other comedians listening, because we all liked Bill Hicks. So people who run their mouth off about people they've never even met, saying, 'This is what he would think,' are way off base. To people like me and Jeff and Bill [Engvall] and Ron [White], we know those things. When they say things about what Bill Hicks would like or wouldn't like, we already know. Because we were there when all those things happened. And it just gets frustrating, but you can't really do anything about it. That's why I don't even bother with it anymore. You've got a life to lead."

—Larry the Cable Guy, in a 2011 interview with Will Harris

If Bill Hicks were alive today, he'd probably have been appearing in mediocre comedy films for the past decade or so, he'd have hosted a mediocre talk show for Comedy Central or another cable network, he'd have been making guest appearances on mediocre sitcoms, and, God forbid, he might've even done some sort of minor endorsement for a mediocre product, thereby taking his own name off "the artistic roll call." (And I say this as someone who owns all of Hicks's stand-up comedy albums.)

To paraphrase Larry the Cable Guy in the aforementioned interview, Hicks would've had to make a living, much like how David Cross, who isn't a fan of Larry the Cable Guy, cashes checks from his supporting role in the Alvin and the Chipmunks movies. If interviewed by a proud comedy nerd and reminded of his once rebellious stance and negative attitude toward TV, Hicks would, I hope, be honest and say, "I was an angry young man then, and now I'm an angry middle-aged man who eventually decided he didn't want to play to drunks every night at the Comedy Pouch for the rest of his life." He may have even called up his old hero and mentor, Jay Leno, and said, "Sorry about that Tonight Show bit back in '92. That was a little harsh." 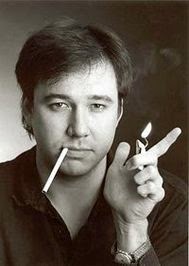 Death helped Hicks become popular in a way he might never have been had he lived. (I also believe John Lennon would've produced a lot of drippy songs about Sean's teenage years and albums like "Rock 'n' Roll, Vol. 7" had he lived.) Whenever I wonder how Andy Kaufman's career would have proceeded if, like Hicks, he hadn't died of cancer in his 30s, I think about Chris Elliott's hit-and-miss resumé after Get a Life ended in 1992. Would Bill Hicks have ended up hosting Fear Factor instead of Hicks acolyte Joe Rogan? You never know.
Posted at 12:48 PM No comments: