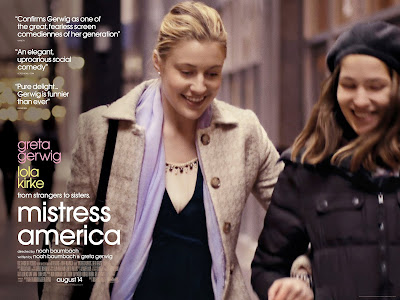 "I think I'm sick, and I don't know if my ailment has a name. It's just me sitting and staring at the Internet or the television for long periods of time, interspersed by trying to not do that and then lying about what I've been doing. And then I'll get so excited about something that the excitement overwhelms me and I can't sleep or do anything and I just am in love with everything but can't figure out how to make myself work in the world." —Brooke, played by Greta Gerwig, in Mistress America (2015), written by Gerwig and Noah Baumbach and directed by Baumbach