Earlier this fall I began seeing an ad for Steppenwolf Theatre Company on the el trains that carry me home from work. Next to a photo of Steppenwolf ensemble member (and costar of CBS's Elementary) Jon Michael Hill were the words "The beautiful. The absurd. The I-can't-believe-what-just happened. Onstage nightly."

I thought, What happened to the hyphen between "just" and "happened"? There should be one in that space. It was possible that the hyphen appeared in other versions of that ad for Steppenwolf, ones that weren't designated to appear above riders' heads on public transportation. But no, apparently someone decided that that particular hyphen wasn't necessary at all:


Last month The Minutes, a new play by Pulitzer Prize winner Tracy Letts, debuted at Steppenwolf. It's about "small-town politics," according to a print ad I saw in the Chicago Reader, as well as unhyphenated "real world power." 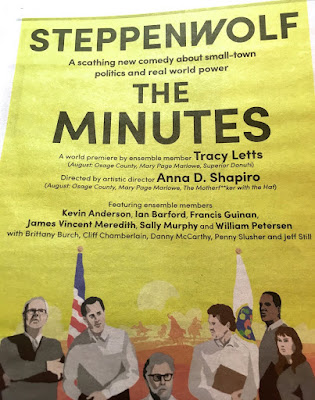 Next up for the acclaimed Chicago theater company is BLKS by poet-playwright Aziza Barnes. The promotional flyer that I received in the mail indicates that the play takes place on "one f**ked up night." That's less clunky than "one night that's f**ked up," but if "f**ked up" is your noun-preceding adjective of choice, it should be hyphenated. 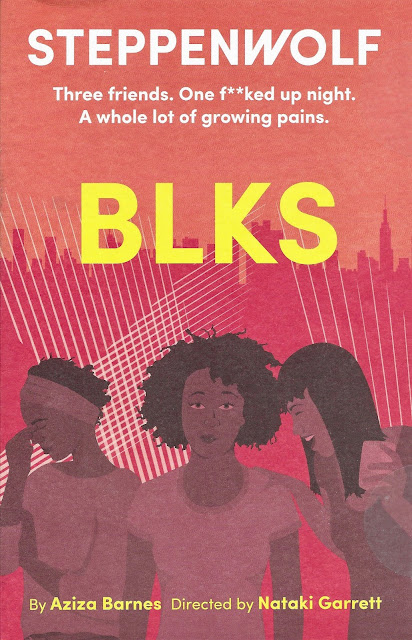 You might be thinking, Who gives a f**k? I understand. But details matter — in drama, in advertising, and even in the f**ked-up real world.
Posted at 9:43 PM No comments: