"If you are seeking a movie about the end of the world, you have a lot of choices," writes the New York Times's A.O. Scott in his June 22 review of the comedy Seeking a Friend for the End of the World. "There are the sturdy, old, large-scale disaster epics, of course, but lately the trend has been toward more intimate studies of apocalypse, Lars von Trier's 'Melancholia' and Abel Ferrara's '4:44 Last Day on Earth' being two notable recent examples."

But what about the trend of English actresses, accents intact, providing romantic interest for American leading men? In Seeking a Friend for the End of the World Keira Knightley is paired up with Steve Carell, while in the recent box office disappointment The Five-Year Engagement Emily Blunt plays Jason Segel's fiancée. Likewise, in the 2011 romantic drama Like Crazy American twentysomething Anton Yelchin falls for British college student Felicity Jones, but the trend also made its way onto the small screen this season as Ashton Kutcher's lovelorn billionaire courted a Brit named Zoey (Sophie Winkleman) on the CBS sitcom Two and a Half Men. 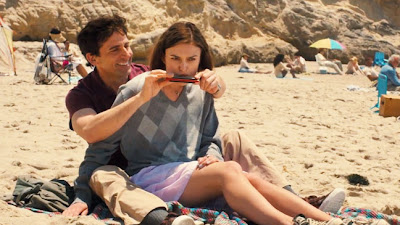 English actors have also been popping up in supporting roles in otherwise this-side-of-the-Atlantic movies and TV shows, including Hugh Dancy as Sarah Paulson's husband in the 2011 indie film Martha Marcy May Marlene; Eve Best as Dr. Eleanor O'Hara, the title character's best friend, on Showtime's Nurse Jackie; and Richard Ayoade as a suburbanite who forms a neighborhood watch with Ben Stiller, Vince Vaughn, and Jonah Hill in the sci-fi comedy The Watch, which opens next month. I'd like to throw Lost's Henry Ian Cusick in with this crowd for his role on ABC's soapy Scandal, but he's apparently half Peruvian and half Scottish, not English. Nonetheless, he sounds British on the D.C.-set drama. (This ain't over, Cusick.) 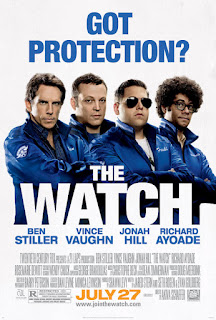 Taiwanese singer-actor Jay Chou was reportedly cast as Kato in last year's Seth Rogen vehicle The Green Hornet to strengthen the film's global box office, especially in China, where cinema screens are being erected left and right: the LA Times noted in April that Titanic played on 180 screens there in 1998, whereas the recent 3-D rerelease opened on almost 2,500 screens. But England's movie theaters don't generate impressive box office tallies the way China and Russia's multitude of new multiplexes do, so it's hard to see actors like Knightley, Blunt, and Ayoade being cast in big American studio comedies for their transatlantic appeal.

Is latent American Revolution guilt to blame? Or have focus groups been consistently telling Hollywood development executives that they'd like to see more token Brits on-screen because (1) they sure do talk funny and (2) they sure do sound smart when they're not talkin' funny? I haven't seen Like Crazy, but at least its casting follows the logic of the story being told. In all the other examples, however, the token Brit just seems to be there as part of a foreign exchange program concocted by Tony Blair and George W. Bush right before the former left office in 2007. I don't mean to sound like a jerk, but plenty of Americans are still out of work—enough already with the outsourcing.

On a positive note, this alleged exchange program I just made up has accidentally given us Showtime's laugh-out-loud funny sitcom Episodes, which is set in Hollywood but filmed in the UK (where it airs on BBC Two), and stars Friends MVP Matt LeBlanc as "himself" alongside Englanders Stephen Mangan and Tamsin Greig, who play husband-and-wife comedy writers wooed by a major network to create an across-the-pond version of their hit sitcom, "Lyman's Boys." I bet the writers of Episodes could have a great time inserting a random Brit into its show-within-the-show, "Pucks!" (The second season debuts next Sunday on Showtime.)

6/25 update: After watching the first episode of HBO's new series The Newsroom, I can now add Emily Mortimer to this list.
Posted at 3:45 PM