Help us, Roger Ebert. You're our only hope.

On June 9 a reader who identifies himself as "kLO" left the following comment on the Hollywood Reporter's website under Kirk Honeycutt's negative review of The A-Team: 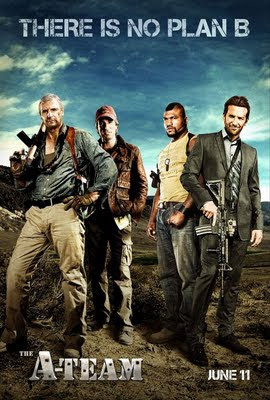 Dear Kirk Honeybutt. Why do film critics, ahem… sorry, I mean hacks, such as yourself always piss and moan about movies like these? I'm really convinced that the bulk of your Ebert aping colleagues (who are largely failed screenwriters themselves) time and time again, overlook or purposely gloss over what a film this is MEANT to be: Entertainment. They're not trying to say 'something' or change the world. It’s not meant to be deep and meaningful. It's meant to entertain people. It's a **** action movie for crying out loud. That’s it. Nothing more. Nothing less. Maybe you need to go back to film school and learn film. If you don't get the A-Team (because clearly you don't) then why someone is paying you to have an opinion when it's clear to me, you have no **** clue about what an action movie is designed to do, is really astounding. Don’t quit your day job, Kirk. Actually, scrap that – yes, do quit your day job, because you’re no good at it. You’re no more a film critic than my left nut sack.

I thought the male human anatomy came with just one sack, but maybe mine is special. Regardless, what does Roger Ebert of the Chicago Sun-Times, the one critic kLO seems to respect, have to say about Liam Neeson and Bradley Cooper's newest film?

"The A-Team” is an incomprehensible mess with the 1980s TV show embedded inside. The characters have the same names, they play the same types, they have the same traits, and they're easily as shallow. That was OK for a TV sitcom, which is what the show really was, but at over two hours of Queasy-Cam anarchy, it's punishment.