As the Blagojevich corruption trial begins ...

When Illinois governor Rod Blagojevich was arrested and charged with corruption on December 9, 2008, clearing the way for his impeachment and removal from office the following month, I still had the November 28 edition of the Chicago Sun-Times in a stack of newspapers at home. Inside was the headline "Let Ryan Go, Gov Says." The story starts with these two paragraphs:
Gov. Blagojevich, who for years has blasted corruption under his predecessor, George Ryan, said Thursday "it would be a good decision" for President Bush to let the 74-year-old Ryan out of prison early.
"I always err on the side of compassion," Blagojevich said during a Thanksgiving visit to the Chicago Christian Industrial League on the West Side.
The soon-to-be former governor added, "I think people make mistakes," and reporter Maudlyne Ihejirika noted that "Blagojevich was elected governor in 2002, promising to end the corruption that happened under Ryan." Were his comments a signal that he hoped the court would go easy on him?
The story printed next to that one, also by Ihejirika, speculated about who Blagojevich would choose to take president-elect Barack Obama's empty seat in the U.S. senate. (Blagojevich's alleged plans to auction the seat to the highest bidder are what got him arrested on December 9, after all.) At the Christian Industrial League event, the governor said of U.S. Rep. Danny Davis (D-Ill.), who was believed to be in the running for the seat, "I know that he is a good, decent man, and you don't find a lot of that in politics." Because people make mistakes, of course.

Then, on December 9, shortly before the governor was arrested, the Sun-Times published a short article with the headline "Blagojevich: 'It smells like Nixon.'" The governor, responding to a Chicago Tribune report that he was being secretly recorded by the federal government, said, "It kind of smells like Nixon and Watergate. But I don't care whether you tape me privately or publicly, I can tell you that whatever I saw is always lawful."
He continued, "The good news is, if they're going to those lengths and extents—if in fact that's true—that would suggest that all the past has been pretty good." At the very least, the past would turn out to be much better than the governor's immediate future.
Speaking of Richard Nixon, David Greenberg wrote in his 2003 book Nixon's Shadow: The History of an Image that Watergate "validated fears of secret government activity. A cycle took hold: popular distrust of authority spawned inquiries into government misdeeds; and the wave of exposés, in turn, amplified the distrust."
The author then mentions a column that former Nixon speechwriter—and future actor and game-show host—Ben Stein wrote in 1984 (sorry, I don't have the source) that argued Watergate wasn't "such a big deal" in hindsight—all politicians and presidents lie—and that the outrage over it made the American public numb to future political scandals. "But the column's logical conclusion," wrote Greenberg, "was the reverse: that while the press might be running wild over third-rate Watergates, the public—inured by Nixonism and subsequent scandals—no longer expected consistency or even integrity from its leaders." Except when it comes to making mistakes.
It's no secret that Rod Blagojevich has idolized Elvis Presley from a young age. So did John Lennon. In the April 11, 2004, edition of the New York Observer, Anna Jane Grossman wrote about Leon Wildes, the immigration lawyer who defended Lennon in the 1970s after President Nixon, FBI director J. Edgar Hoover, and Senator Strom Thurmond spearheaded an effort to deport him for a drug conviction—possession of cannabis resin, or hashish, to be exact—from his years in England.
"In 1972, President Nixon was a little paranoid," Grossman wrote. "It was the first year that 18-year-olds could vote, and because it seemed that American 18-year-olds liked rocker/activist John Lennon, and Lennon's politics were left of Nixon's, 18-year-olds might therefore not vote for Nixon. Thus, to prevent such a crisis, Lennon should be kindly removed from America, thank you very much." 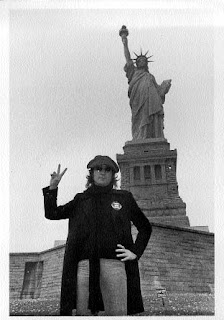 The tipping point, according to film critic J.R. Jones in his 2006 Chicago Reader review of the documentary The U.S. Vs. John Lennon, was when "Lennon and radical activists Abbie Hoffman and Jerry Rubin began planning a concert to coincide with the Republican convention in Miami ... the prospect of a concert to mobilize the youth vote was apparently more than Nixon could tolerate."
In his various interviews since his arrest, Blagojevich has come across as a guy whose grip on reality might not be as firm as his lawyers would like. Perhaps Rod thinks he's being persecuted because he's a rock and roller like Presley and Lennon.
Or because he's black. In January of this year Esquire published an interview in which the former governor, chatting about his former profession, said, "It’s such a cynical business, and most of the people in the business are full of shit and phonies, but I was real, man—and am real."
As for President Obama, he complained, "This guy, he was catapulted in on hope and change, what we hope the guy is. What the fuck? Everything he’s saying’s on the teleprompter. I’m blacker than Barack Obama. I shined shoes. I grew up in a five-room apartment. My father had a little laundromat in a black community not far from where we lived. I saw it all growing up.”
Is that why, when the Illinois House of Representatives voted whether or not to impeach Blagojevich on January 9, 2009, state representative Milton Patterson—who's black—was the only member of the House to say no? "I went by my own gut feeling, simple as that," he told the Sun-Times, explaining that his vote didn't mean he supported Blagojevich.
However, as Sun-Times columnist Mary Mitchell, who's also black, wrote in the paper two days later, "African Americans are a fiercely loyal group when it comes to supporting those in political leadership. I know that is a sweeping generalization ... but it is rare for the black community to turn its back on a politician who is viewed as 'inclusive.'" She added, "Too many black families have been nearly bankrupted trying to defend loved ones against false charges." 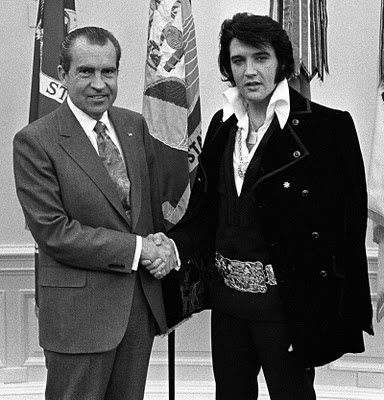