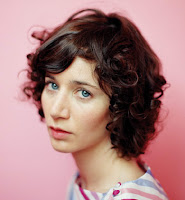 "I think of it like that scene in [Indiana Jones and the Last Crusade], where he has to go across where there is no bridge, and he has to step out into nothingness—and there is a bridge you cannot see, below. It's an optical illusion. That's how I need writing to feel: finding the way by being willing to fall." —Miranda July, writer-director-actor-performance artist (Me and You and Everyone We Know), discussing the process of writing in a 2005 Hit It or Quit It interview

"Putting things off to the last second provides the necessary tension of waking up at 3 A.M. in sheer terror." —Les Charles, cocreator and executive producer of Cheers, discussing the discipline of writing in a 1987 New York Times article

"For television, you should always write as the cast is standing on the stage waiting." —Glen Charles, cocreator and executive producer of Cheers (and brother of Les), as quoted in the same article